Couple days ago I was talking with other Newton user about his problems to connect his Newton via WiFi. I didn’t had any problems before and I thought that must be something wrong with internet settings on Newton.

But I was wrong!

I didn’t had any problems, because – luckily – I used proper AP,  which working with Newton and WiFi cards for Newton. This is Apple Time Capsule 1st generation. But other Newton users reported problems to get connections.

I just started my small investigation. I took all my Apple AirPorts, all WiFi PCMCIA cards (working with Newton), and I did couple tests.

All cards was tested with Manual IP, external DNS (8.8.8.8) and no encryption.

My WiFi PCMCIA cards for Newton: 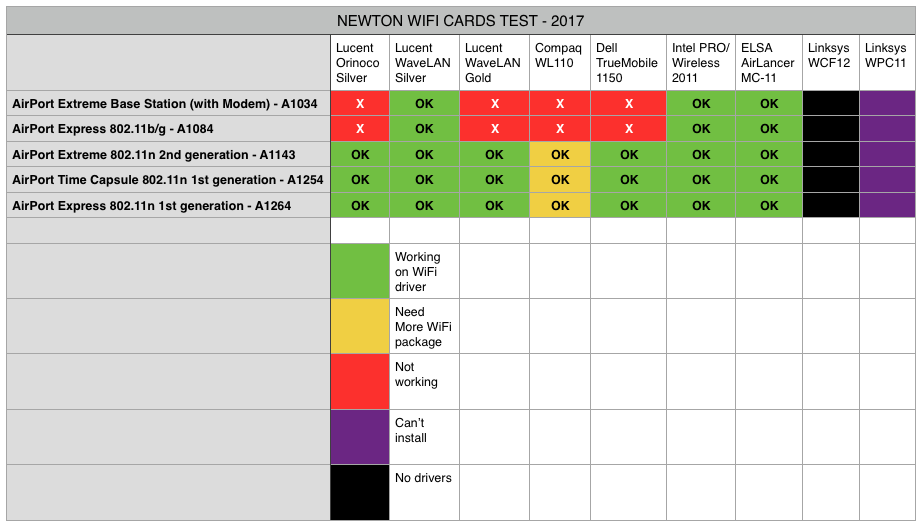 What is very strange? Some WiFi cards (that models, which not working with some APs) get connection with AirPorts. They get even IP address (I see it in AirPort Utility). But nothing more. I’m not expert about WiFi and networking. Maybe someone could explain this?