A film about a little green computer called “Newton” and the people who still love it.

Montreal, Canada – 22 July, 2018 – Love Notes to Newton, the film by director Noah Leon, is premiering at Macstock Conference and Expo in Woodstock IL. on July 22nd, 2018. and will be available for purchase shortly after. Love Notes began as a tiny crowdfunded fan-film that quickly snowballed into a trans-national feature-length documentary.

Created by some of the smartest people in Silicon Valley, Newton was a handheld device ahead of its time. Just as it was coming of age, it was cancelled by Apple. But the inspiration lives on. A dedicated community has kept it going for over twenty years after its demise. this is Love Notes.It’s about the people who created the Newton, and it’s about the fans who keep it going. It’s the story of a little device which may be the most personal computer ever.

With over 40 worldwide interviews, appearances include Steve Capps—responsible for much of the software design of the Apple Lisa, Macintosh and Newton—John Sculley, former CEO of Apple Computer, and many more, as well as the quirky and unique fans of the platform.  There are touching moments, too, and the film hits all the emotional beats of the story.

“I’m addicted to your movie!”

“It is three in the morning, and I have to rise in 3 hours to go to work. I should have been sleeping for hours. But I couldn’t stop watching. This film is fantastic.”

“When I think of the international scope of this documentary, and the people who are involved, it blows my mind that we did it on such a small budget.”

The film will be available for purchase shortly after the premiere at newtfilm.com and Vimeo On Demand. All proceeds from the sale of the film go to bethematch.org.

Love Notes to Newton was produced, written and directed by Noah Leon at Moosefuel Mediawith support from bright lights in the Newton and Mac community. The film is not produced or affiliated with Apple, Inc. Moosefuel Media is a new media production company specializing in corporate, event and documentary films.

We hope you become one of the people who love this little green machine that almost changed the world.

I’m so happy that I have opportunity to be part of this project 😉 Thanks to Noah I’ve had chance to meet couple Newton Users in person, and finally see faces few others. 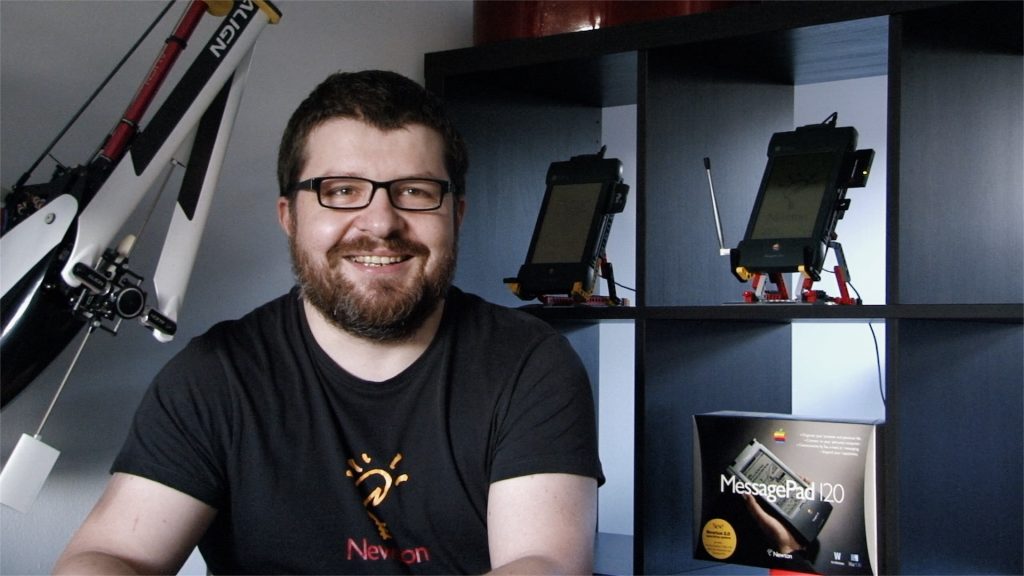